Former Manchester United midfielder Owen Hargreaves believes that the club should keep faith in Ole Gunnar Solskjaer for the long run. He said that the new manager will not be able to turn the club into a title contender quickly and that he will have to invest in new players if they want to compete for the title. 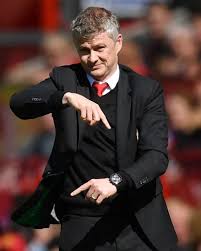 He said that Manchester United is far behind teams such as Liverpool and Manchester City and that they will need some new players if they want to challenge for the English Premier League title.

Owen Hargreaves said that Ole Gunnar Solskjaer is a former Manchester United player and that he knows what fans will expect from their team. He believes that he is the right man for the job and that it is important that the board gives him the resources as well as time to change things around.

He said that it will be difficult for him to turn things around immediately and that it will take probably one or two seasons before he can build a team that can challenge for the title.

He believes that they should give Ole Gunnar Solskjaer some time to build his team and that fans should be patient with him. He said that there is already a good spine at the club and that they will need some new players to turn the club into a title contender.

UNITED VICTORY A TESTAMENT TO YOUTH